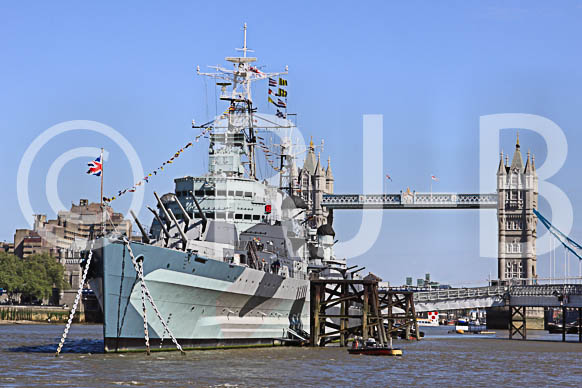 On this day in 1938, the Prime Minister’s wife Anne Chamberlain launched Britain’s biggest historic ship, HMS Belfast, in the Harland & Wolff shipyard. Commissioned on the eve of WWII, Belfast’s action packed naval career included the capture of the German liner Cap Norte, the Arctic Convoys, the Battle of North Cape, the D Day Landings, the Yangtse Incident, and the Korean War.

In 1971 a new phase in Belfast’s life began when she was saved from the scrapman’s blowtorch to act as a lasting reminder of the powerful big gun armoured warships that formed the backbone of the Royal Navy in the first half of the 20th Century. Now preserved in the Pool of London, Belfast is one of London’s best known tourist attractions and is visited by 250,000 people every year.

To find out more about her rich heritage and see a comprehensive set of contemporary photographs, please keep a lookout for my next book HMS Belfast Cruiser 1939. It will shortly form the latest volume in Seaforth Publishing’s acclaimed Historic Ships series when it is released early this summer.