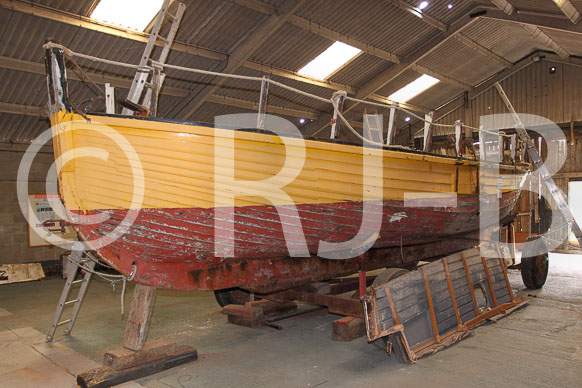 Residents of a Norfolk village have rallied round to save their former Victorian lifeboat from destruction on a Welsh beach. The 35ft Edward Birkbeck was built in 1896 as an improved non self righting Norfolk & Suffolk pulling and sailing lifeboat. She served as Winterton’s No1 lifeboat until the station closed in 1925 by which time she had been launched 44 times and saved 94 lives. She was subsequently converted into a sailing yacht and left to her fate in ConwyHarbour around 2003. Fortunately, the Harbourmaster, Barry Tuson, investigated her past and discovered the link to Winterton-on-Sea so he contacted the Parish Clerk to see if the villagers wanted her. The residents responded by forming the Winterton-on-Sea Lifeboat Restoration Group which includes some descendants of the original crew who still live in the village. The project has provided the perfect opportunity to bring the residents together and share their skills which range from boatbuilding to fund raising and administration. Their project received a major boost from the company Bam Nuttall which paid for Edward Birkbeck to be brought home in March 2012 while a local landowner kindly offered the use of a barn to accommodate the lifeboat. 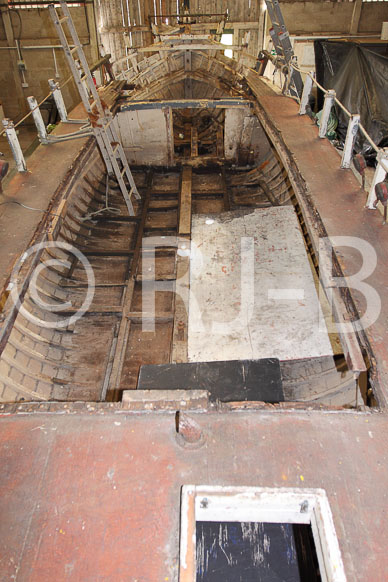 To pay for the on-going restoration work, the group have embarked on a fund raising campaign and are also appealing for more information about her original layout along with any documents or images relating to any aspect of her 117 year history.